Green iguanas, Iguana iguana, are charismatic animals, but despite their ferocious appearance they are largely vegetarians and have become popular pets. They hatch from an egg as a tiny lizard, but can live for 20 years and grow to 1.5 meters and 9kg. For this reason they are often released from captivity when they outgrow their home, and in many places have become established and invasive. For example, in Grand Cayman the population has increased exponentially since their arrival through the pet trade and as a food source. The species was recorded occasionally in Grand Cayman in 1994 but has rapidly expanded since then. There are concerns that they might damage the endemic blue iguana Cyclura lewisi population, which is considered Endangered on the IUCN Red List, and is only just recovering from near extinction. 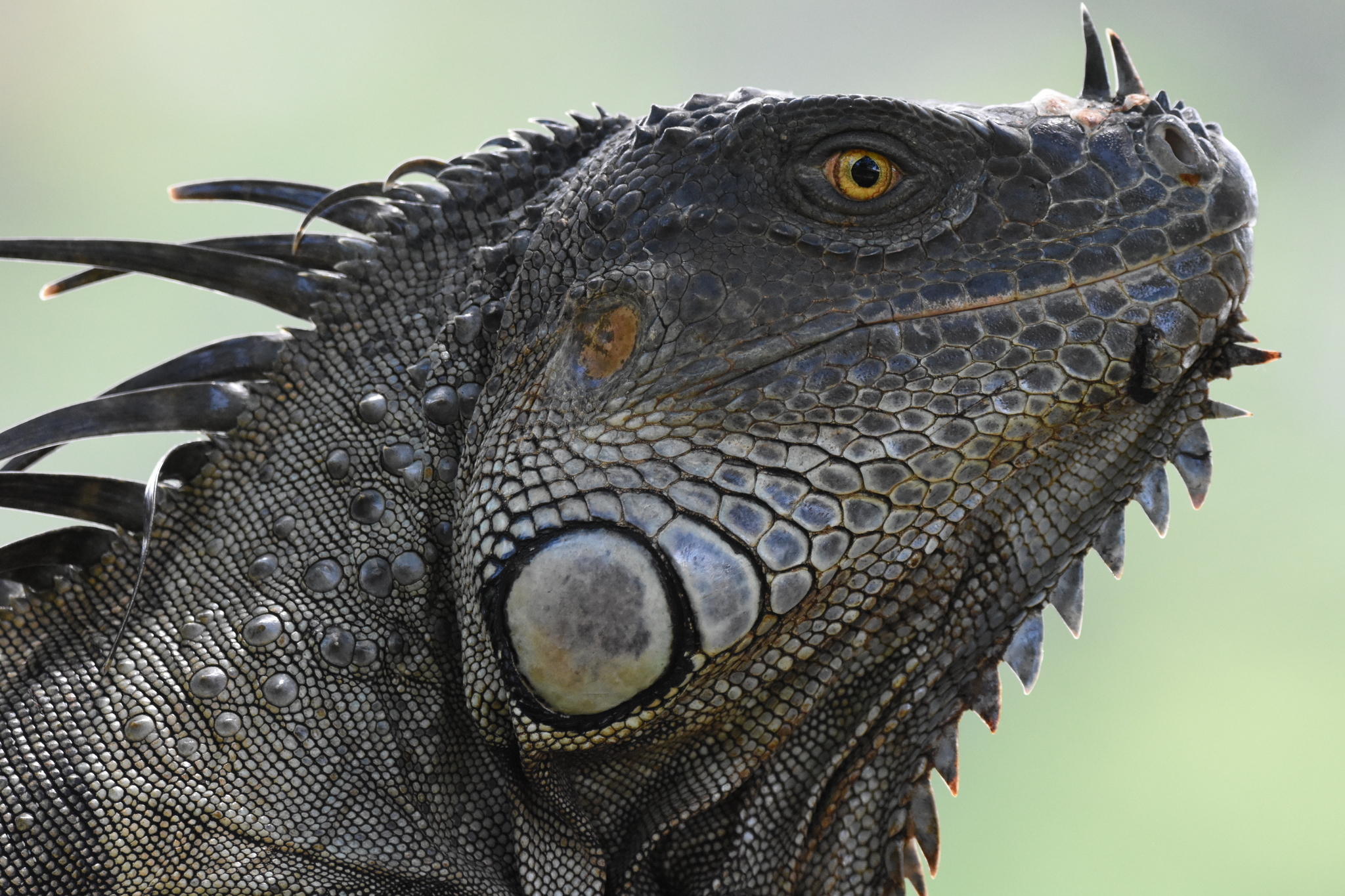 Figure 1. Iguana iguana, photographed by @laiet17 and posted to iNaturalist at https://www.inaturalist.org/observations/67779528

During a hackathon funded by Alien-CSI, an EU COST Action, held in Romania in March 2022, we sought to determine how green iguanas might impact blue iguanas and what the ecological impact of the introduction of green iguanas might be. Many of the impacts of invasive alien species are the result of species interactions, such as herbivory, hybridisation, predation, parasitism and competition. But what do iguanas eat, what parasites do they have, and do they compete for the same resources? We sought to answer these questions by building a dataset based on published records and then illustrating the result. 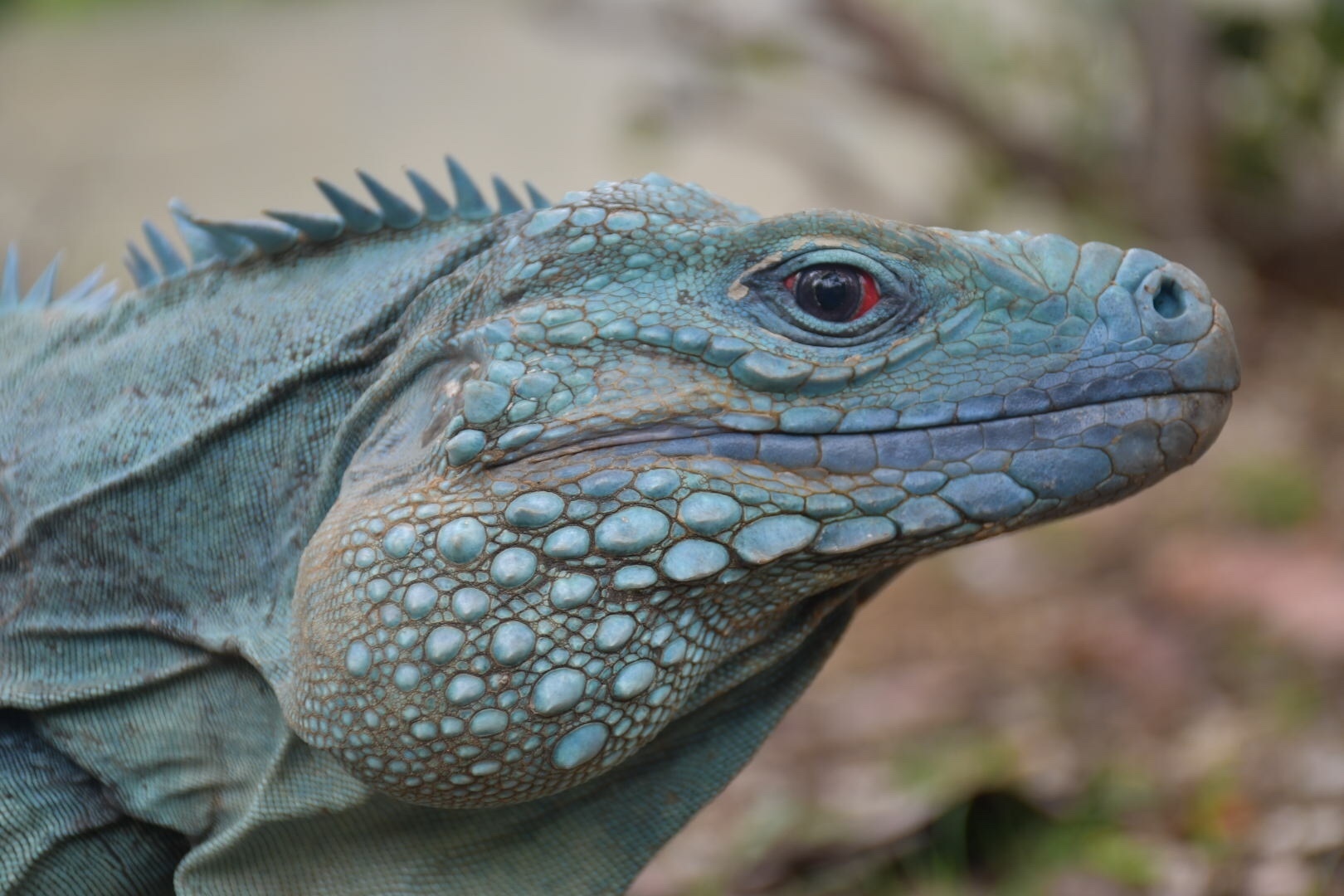 As a first step to uncover the hidden interactions between blue and green iguanas, we collected data for iguanas and published it on the Global Biotic Interactions database to create a dataset describing the ecosystem of iguanas on Grand Cayman (Vlad, Peyton & Meeus 2022). We then built a visualization of the species interaction network so that we could examine the links between blue and green iguanas, but also the other organisms in the ecosystem. This revealed a complex pattern of interrelationships between the two species that can help us to understand the range of impacts of green iguana in Grand Cayman. Insights from this species interaction network may point to ways to manage green iguanas and how to protect blue iguanas and other vulnerable native species. They might also point to future and emerging issues, but also ways to head off problems.

Understanding the puzzle of interconnected species on Grand Cayman will take time, but visualizing it makes it easier to understand for a range of audiences and will help support an interdisciplinary response to green iguana management and blue iguana conservation. 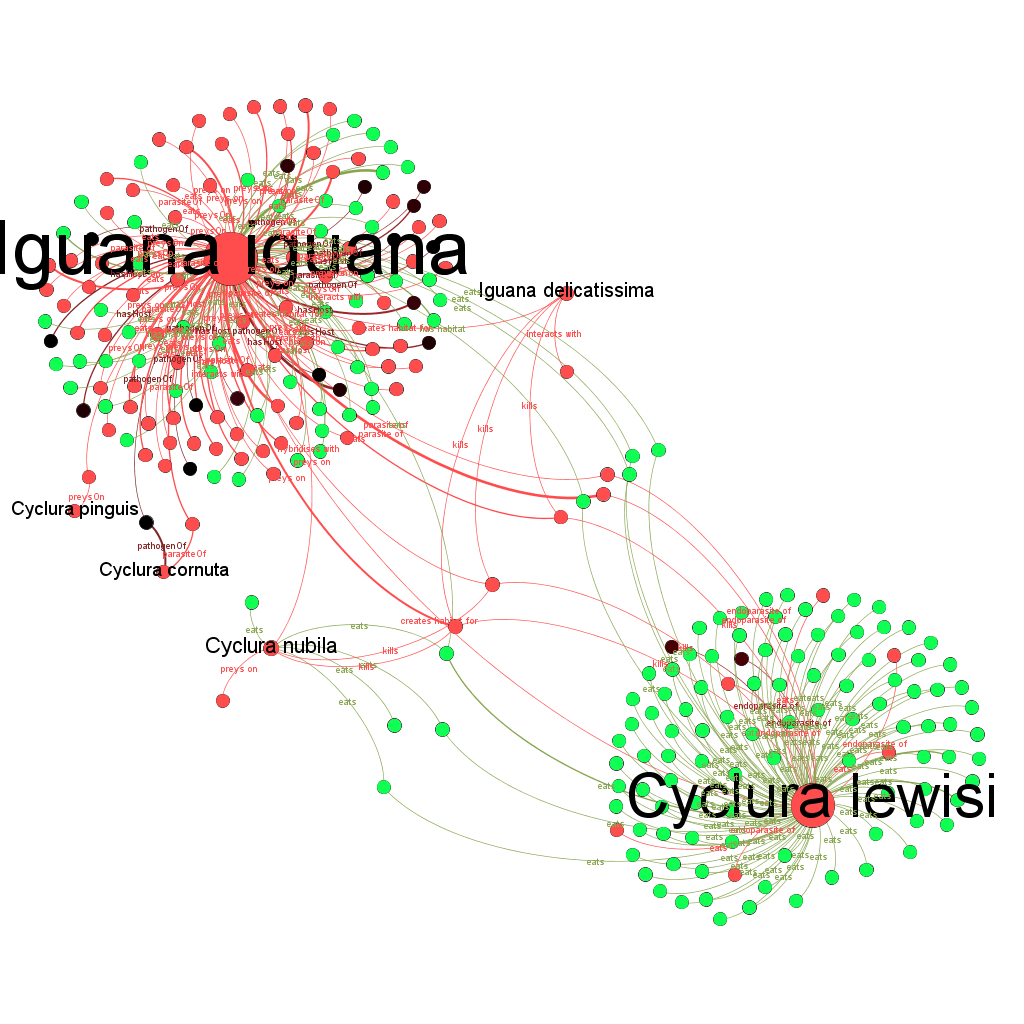