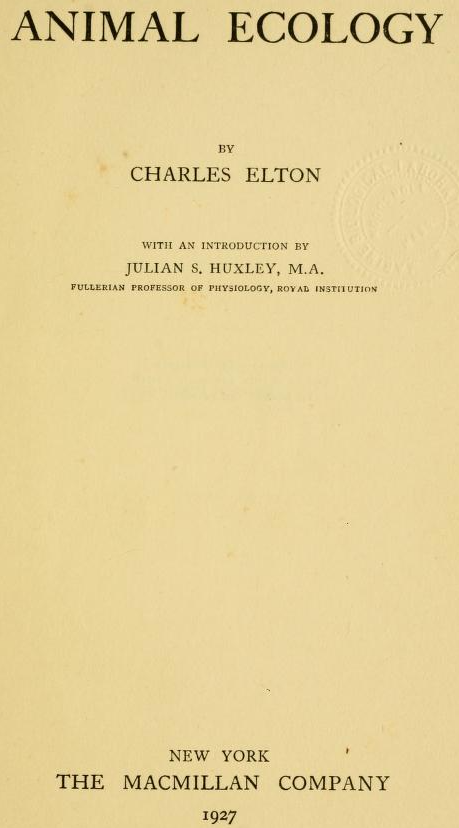 In his landmark publication “Animal Ecology,” Charles Elton points out that only after we organize knowledge across a “colossal store of facts” published in books and journals can we understand ecology beyond “clearcut niches which happened to have been worked out” (Fig 1). He wrote about this vision of natural-history fact synthesis as early as 1927. Since then, we've made some progress in providing access to observations of organisms recorded by generations of naturalists. For instance, Global Biodiversity Information Facility (GBIF) indexes over 600 million records of species occurrences (as of Feb 2016) from a wealth of data sources from all over the globe. GBIF's assemblage includes digitized museum specimen collections and digital-native citizen science projects such as iSpot, eBird, and iNaturalist. However, major “shortfalls” exist, especially related to species interactions (“Eltonian shortfall,” Hortal et al. 2015). 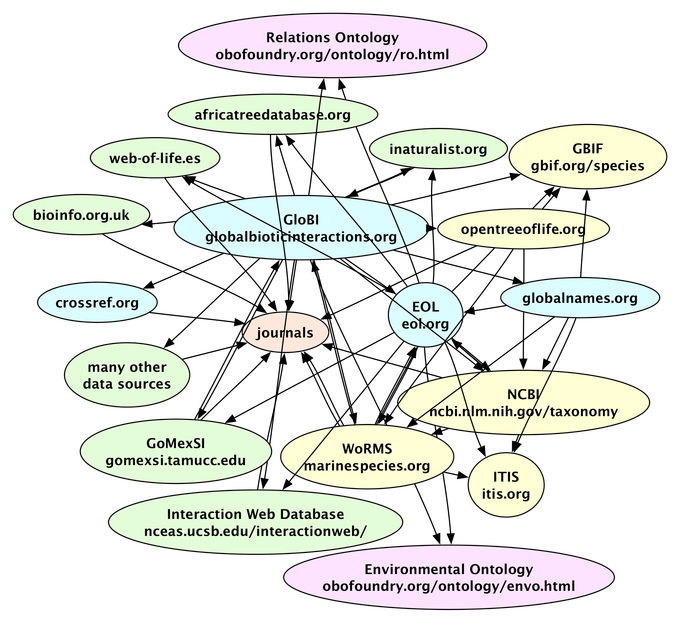 Now that we have a wealth of data describing where organisms hang out, a next logical step is to increase focus on records that describe how species rely on each other. Global Biotic Interactions (GloBI) takes a federated approach to integrating evidence data: rather than serving as a giant data store, GloBI continuously discovers and links facts about species interactions across existing ecological data providers, online taxonomies, citation indexes, and data applications. In a way, GloBI is an actor in a web of mutualistic relationships between journals, online data tools, and citizen-science and research communities (Fig 2). With its finely tuned mission of making interaction data more accessible, GloBI acts as a catalyst for connecting previously siloed communities through the data they share. This linked data makes it easier to discover evidence about specific species interactions (e.g., What do sea otters (Enhydra lutris) eat?) and forges cross-disciplinary collaborations, such as data peer reviews and food-web reconstructions from previously disjointed evidence data (see Poisot et al. 2015). 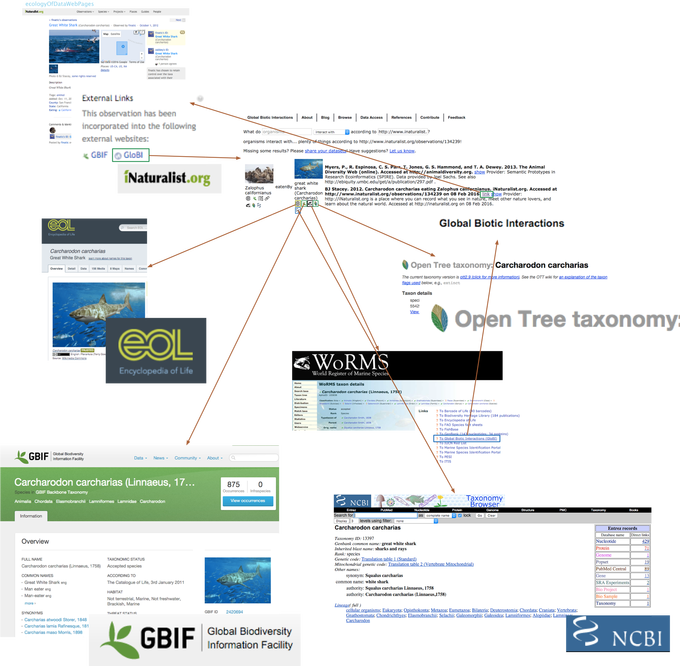 By linking communities through their shared data (Fig 3), focused projects like GloBI can help to improve the resilience, quality, and diversity of the data ecosystem that exists today. And by building an increasingly diverse and healthy data ecosystem, we continue to work toward realizing Charles Elton’s vision and better our understanding of ecology at a global scale.