Ever wondered what happens beneath the surface of the Gulf of Mexico? Curious what a king mackerel (Scomberomorus cavalla) eats?  GoMexSI might help you find what you're looking for. 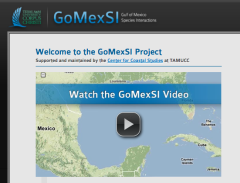 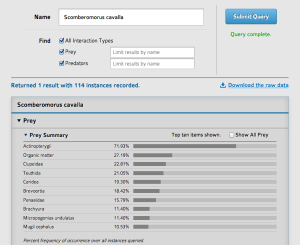 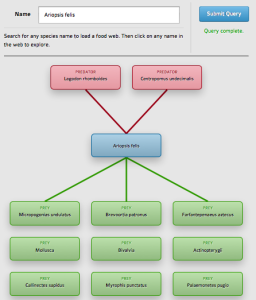 Food-web explorer tool: species of interest in blue, predators in red, prey in green. You can click on predator or prey items to further explore the food web.

GoMexSI not only provides a valuable educational and research tool to study the food webs in the Gulf of Mexico, but also gives a great example of how GloBI web services can be used to recycle, repurpose, and liberate existing species-interaction datasets in our educational and scientific communities. The GoMexSI 1.0-beta version was released to the general public on September 3, 2013.

The GoMexSI website is developed by Reed Hewett and Michael Casavecchia under the guidance of James Simons of Texas A&M Corpus Christi and Jorrit Poelen (GloBI developer and author of this post). To learn more about the many other people and institutions that helped to get GoMexSI where it is today, visit http://gomexsi.tamucc.edu.