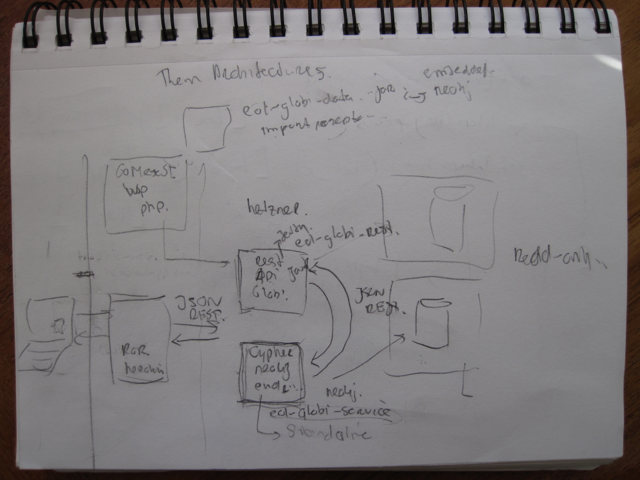 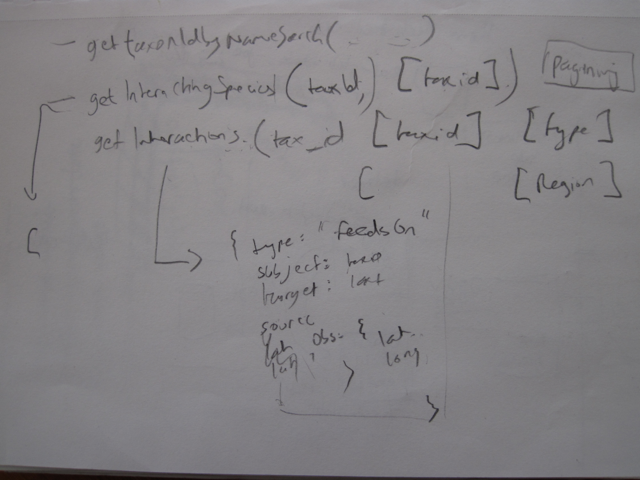 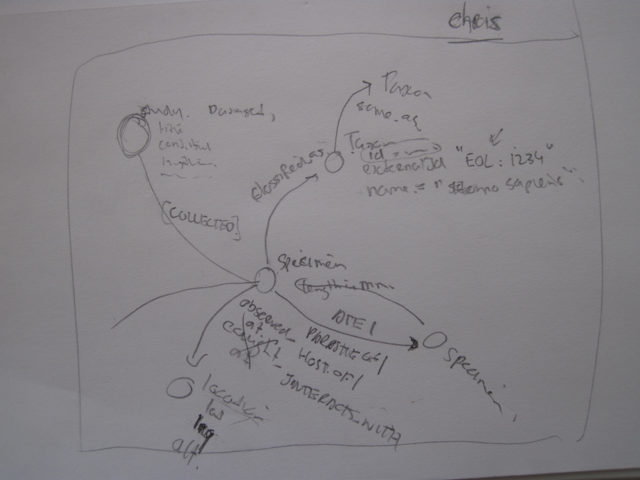 Yesterday (Sunday, March 3), Robert Reiz, Chris Mungall, and I got together in Dolores Park, San Francisco, to talk about software architecture, deployment, and data models while enjoying a windy but sunny winter day. Our discussions were really fun, and I wanted to share some of the sketches we made with y'all. Doesn't a good idea always start with a bunch of drawings on the back of a napkin?

For those tech-savvy people out there, we've created some open-source repositories to host our software and datasets: eol-globi-data for normalizing, enriching, and importing species-interaction datasets; eol-globi-rest for implementing an API that is easy to embed in web pages; eol-globi-service for hosting the normalized datasets; and eol-globi-web, a Ruby on Rails web app that serves as an example of how to use the EOL-GloBI normalized species-interaction datasets and services. If you have any feedback or have the urge to contribute datasets or coding skills, don't hesitate to contact me.